If you’ve ever tried to lose weight, you are probably very familiar with the idea of -- and the frustration of -- a weight-loss plateau.

Though weight-loss plateaus eventually happen to everyone who tries to lose weight, most people are surprised when it happens to them because they're still eating carefully and exercising regularly. The frustrating reality is that even well-planned weight-loss efforts can stall.

During the first few weeks of cutting weight, a rapid drop is normal. In part, this is because when you cut calories, the body gets needed energy initially by releasing its stores of glycogen, a type of carbohydrate found in the muscles and liver.

Glycogen is partly made of water, so when glycogen is burned for energy, it releases water, resulting in temporary weight loss that's mostly water.

In order to lose more weight, you need to either increase your physical activity or decrease the calories you eat. Unless you make these changes, the approach you initially used to lose weight may help maintain your weight loss, but it won't lead to more weight loss.

A healthy lifestyle starts with healthy habits. Here are 5 ways to start eating healthier. 1. Eat more healthy fats. 2. Have a portion of protein with every meal. 3. Focus on nutrients not calories in your food. 4. Add more probiotic foods to your diet. 5. Keep healthy food in easily accessible and visible places in your house. #transformationthursday #proteinlikeapro

A post shared by Transformation Protein (@transformationprotein) on Oct 15, 2020 at 9:23pm PDT

10 EASY STEPS TO HELP YOU OVERCOME A WEIGHT-LOSS PLATEAU

Based on the overall reasons why you might encounter a plateau, let’s look at more specific ways to fight against a stall in your weight loss progress.

Tip #9: Eat Vegetables at Every Meal

Protein is the most thermogenic source of food. It boosts metabolism, supports fat loss and reduces appetite.

Protein powder is a fast and easy solution, with a long shelf life. From protein smoothie bowls to shakes, you can take them in many delicious ways to get nutrients, burn fat and lose weight.

Try some of Transformation Protein’s healthy shakes for a convenient way to help you bust through that weight loss plateau. 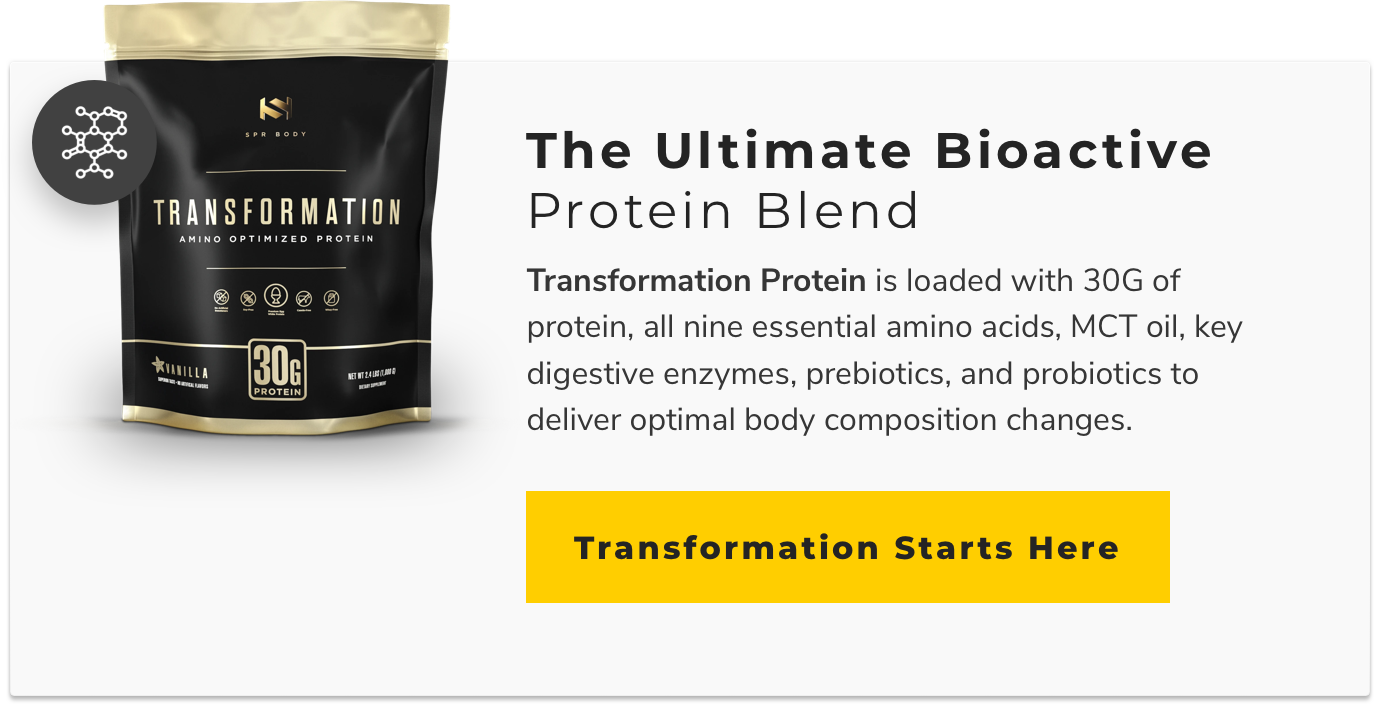 What to Look for in a Superfood Powder

Can a Protein Shake Before Bed Help with Muscle Recovery?

Stay up to date on exclusive promotions, fitness tips, delicious recipes and more!

Your cart is empty!

Free Shipping on orders over $99

You have unlocked free shipping